When you think of studying abroad, your mind probably first thinks of the US, UK, or Australia. But perhaps you wish to go off the beaten track and have a unique adventure – without compromising on education. If that’s the case, South Africa would be a perfect study destination for you. Let’s see why the Rainbow Nation is ideal for you.

South Africa is home to the top 2 universities in Africa, not just South Africa. On top of that, the University of Cape Town is ranked 109th globally, which means you are getting a very high level of education internationally. South Africa has 11 official languages, but almost all university degrees are in English, which means you don’t have to download Duolingo before moving here.

As mentioned before, South Africa is home to 11 official languages and several different cultures. This has given South Africa the nickname “the Rainbow Nation” by archbishop Desmond Tutu, because of all the different races and cultures that work together to make up this country. Studying in South Africa, you’ll be able to see all these differences coming together to create an interesting blend and most people fall in love with the country after just one visit!

When compared to tuition fees in the US, UK, or Australia, South Africa is a very affordable destination. On top of that, if you are an international student from within the African continent, your prices are much lower than for students outside Africa, sometimes even the same as for domestic students.

Most universities in South Africa do not charge a fixed rate for each semester, they charge per course taken in that semester. This means that the prices will differ for each semester, but you’ll be able to calculate how much the entire degree cost.

On top of that, the South African currency (ZAR) is very weak compared to most strong currencies, like the USD, GBP, and even RMB. This means that the cost of living there as a foreigner is much cheaper than it would be in other countries.

4- Adventure Around Every Corner

South Africa is definitely a perfect destination for those who love the outdoors. Whether you want to try surfing, going on safaris, hiking up Table Mountain, camping next to the beach, or even rollerblading on the promenade, you’ll be joined by hundreds of others. If you want to push yourself to truly experience and adventure while simultaneously obtaining a world-renowned degree – South Africa is the destination for you! 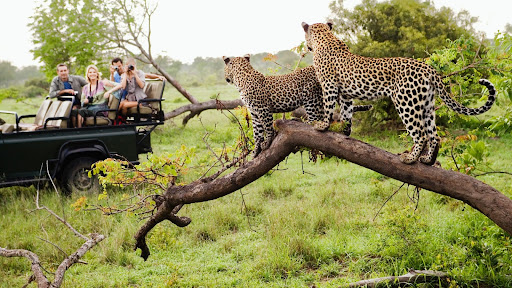 As it is in the southern hemisphere, South African school years are from January to November instead of September to May. Thus, you should apply in the summer or fall to begin your studies in January intake!

Most South African university deadlines are in September and October, but a few are as early as July. We recommend applying as early as possible. It takes students an average of 10 days to complete the application on our website, and most universities only give scholarships to students who apply early.

Want to study in the Rainbow Nation? Click here to search programs and begin an application on Global Admissions today: