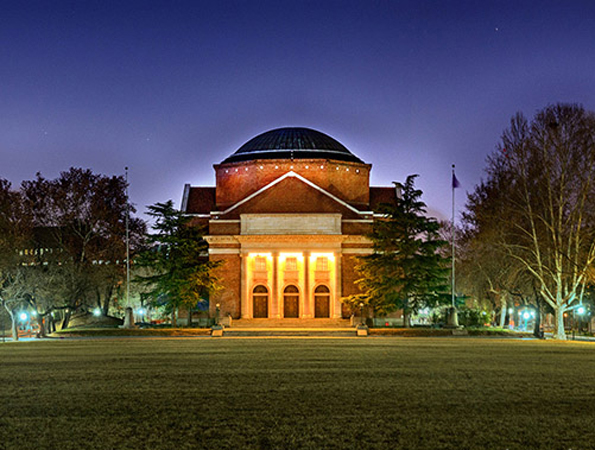 Trent came from the USA to study politics and international relations at Tsinghua University in Beijing. I interviewed him and heard about his fascinating story. If you plan on studying in China or anywhere else in this world and you are not sure if you can do it, I know this story will inspire you to find your own way and make your dreams come true.

Why China and why Tsinghua University?

Gerrit: What was your initial decision? What made you come here to China? 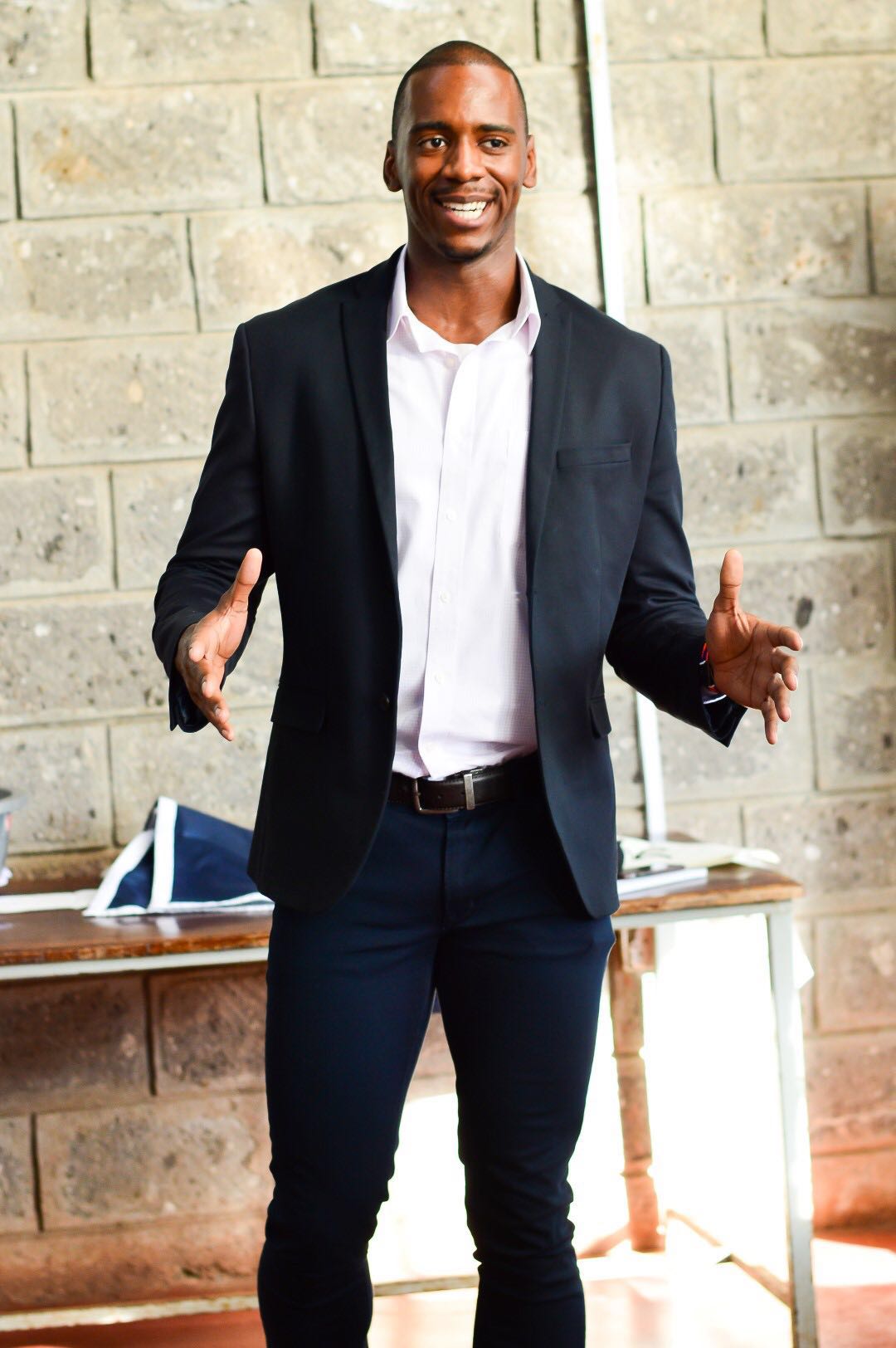 Trent: So, my interest for international relations first sparked when I studied abroad through a study abroad program from DePaul to Rome, Italy. It was a media studies program. That was my first time actually being outside of the US (…) So throughout the span of 2015 until 2017, I had accumulated a set number of fellowships and international experience, which sparked my interest in applying for universities here in China, such as Fudan, Peking, and Tsinghua I chose Tsinghua over Fudan based on– of  course, the city is like, this is the place to study politics and international relations. So, that’s one of the reasons I chose it. Another reason is that they gave me a small scholarship. Not too much. But something to get by. Ever since then, it’s been a really great experience. I paid for my first year, raising nearly $10,000 with GoFundMe. That was really stressful, but it was worthwhile. Otherwise, I wouldn’t be here right now.

Gerrit: Cool. How did you raise the money?

Trent: I raised the money using GoFundMe. The total number of online and offline donations that I received– because I had friends in China, who were sending me money as well–because union pay is not compatible with many payment platforms such as GoFundMe, they had to send it through WeChat Pay. The total amount is about– about $10,400.

Gerrit: How did you get the idea to do that?

Trent: I actually got it through a really good friend of mine, who raised money to study–not study– but he did this program. I can’t remember the name of the program, but it was in the Nairobi Kingdom. He raised $5,000 to go through with this program, because he did not have the money, so I got the idea from him. He is the one who basically coasted me through and helped me out in the implementation process. 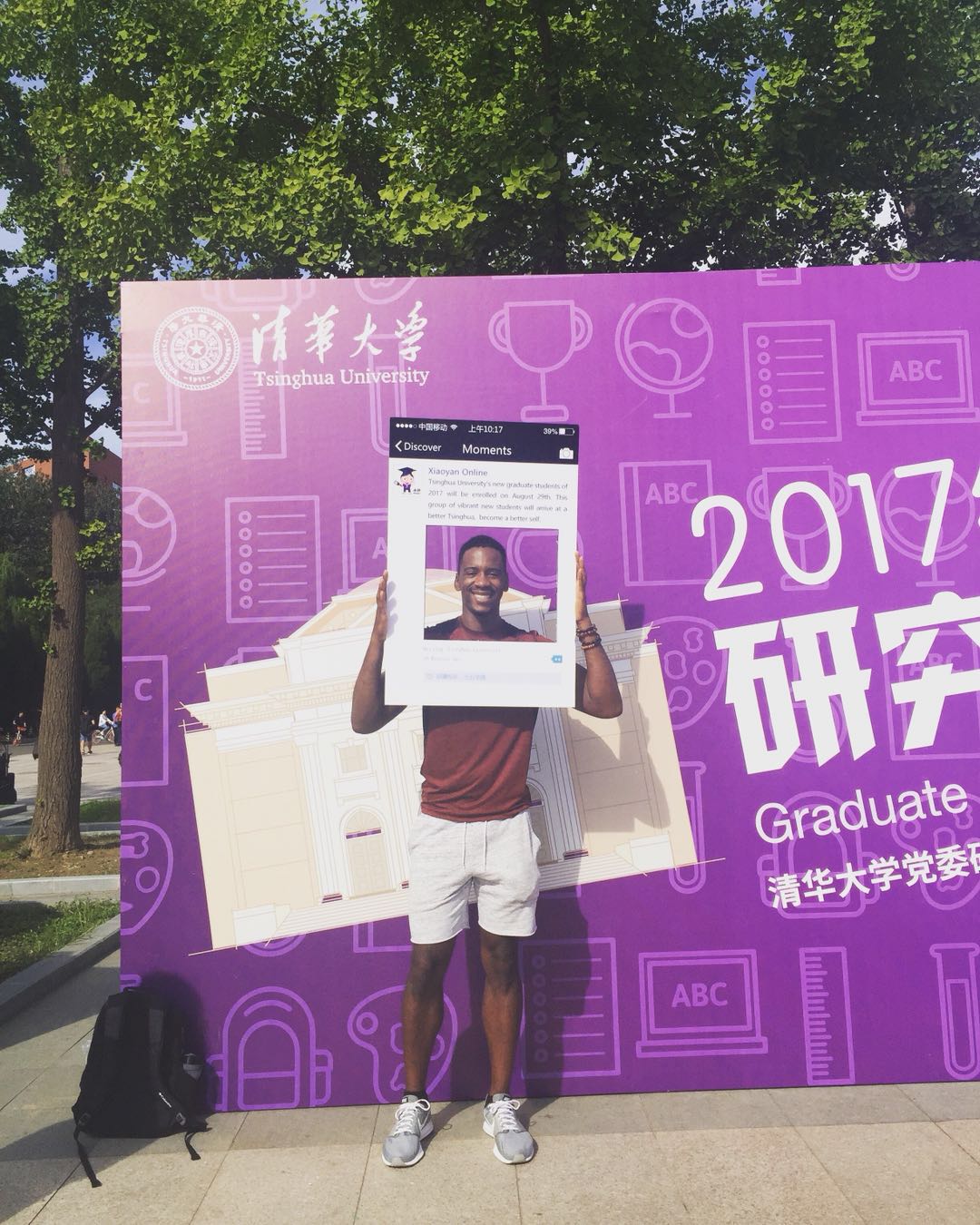 Gerrit: That’s quite inspirational. Because most people think that they can’t study abroad, because it’s expensive. You’ve shown that you can just do it.

Trent: It takes a lot of drive as well. You have to build your following– I mean, your crowd. You have to have people that actually believe that what you’re doing is good. It’s all about how do you form your campaign.

Gerrit: Is there anything you communicate back to the people who have funded you? Do you tell them stories or tell them about your life and your experience and stuff like that?

Trent: So an integral part of my campaign involved a really good friend of mine who created a video for me. In the video, I told everyone about my process of teaching English in China, my fellowships, my academic abilities, my passions, what drives me, personal stories, and I created an email blast using my MO (?). I created these stories. I used Facebook, Instagram. What else did I use? LinkedIn. Even WeChat as well– have quite a few donations from WeChat. (…) Two of my biggest donations came from people who I didn’t even know, $500. I never met these people in my life. So, they were inclined to donate $500 to a person who they’ve never met, but based on the person’s story, they believe that the money would be going to good hands. That was quite inspirational. It kept me going, because there were days where I got nothing. It hurt. There were days when you get $500, and you feel like you’re on top of the world. It was an enlightening experience for me.

Gerrit: That’s quite interesting. Maybe to start in a different direction, I would be interested– maybe in terms of your education–what was the greatest experience that you’ve made so far?

Trent: I would say that the greatest education experience–there have been quite a few since August. So, the dean of The School 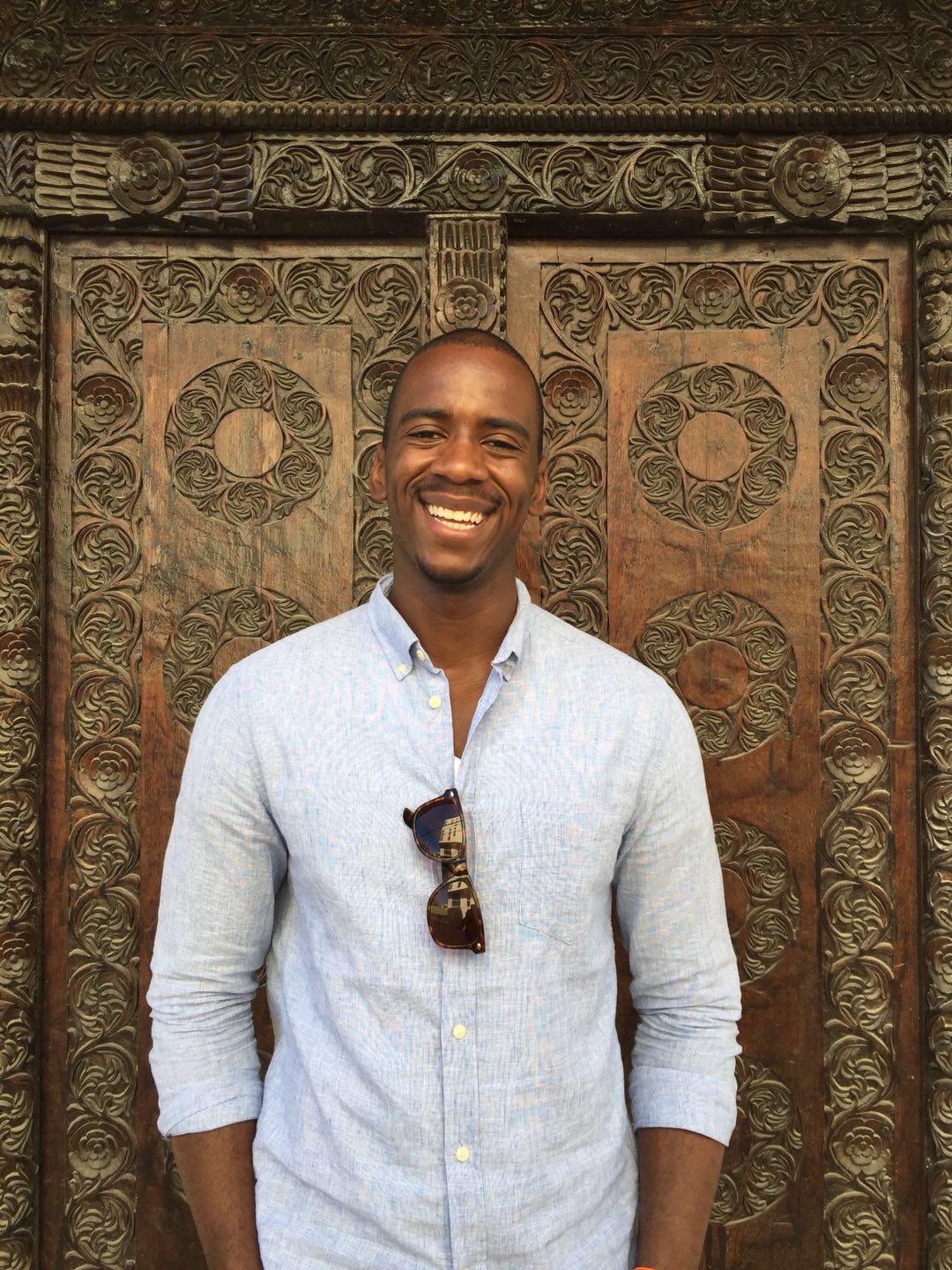 of Public Policy and Management just nominated me along with two other people for this (…) simulation program. It’s basically where they choose three students to– they choose three students to go on this simulation model. It’s going to be in February and March– on how to counter pandemics and epidemics. So, they chose us over a number of students to partake in this program. Another really important part of my academic life here at Tsinghua is being able to successfully complete all of my classes (…). So, it was quite stressful, but I’ve been able to power through the classes and get high grades on many of my tests so far. I still have classes to complete. Now, I serve as a– I have an internship as a case writer, so I’m learning more about how to build case studies around the Chinese perspective on foreign relations and foreign policies. So, that’s been quite interesting, both professionally and academic wise.

Gerrit: Was it hard to find an internship?

Trent: It’s relatively easy to find internships. One reason is because Tsinghua has a lot of ties with many organizations, not only in Beijing, but also abroad. So when it comes to internships and fellowships, we get first dibs, I would say, along with Peking as well. But my program particularly, since it focuses on sustainable development goals, our program advisors tend to send us weekly emails about these internships, with Schwarzman College being on campus as well, we get to participate in their programs, and learn about what they’re doing as well. It’s all a means of– it’s all about networking

Gerrit: Yeah. So, what would you recommend to students who are thinking about coming to China? Why would you encourage them to go to China? What would you, if anything, warn them about? What should they be prepared for? 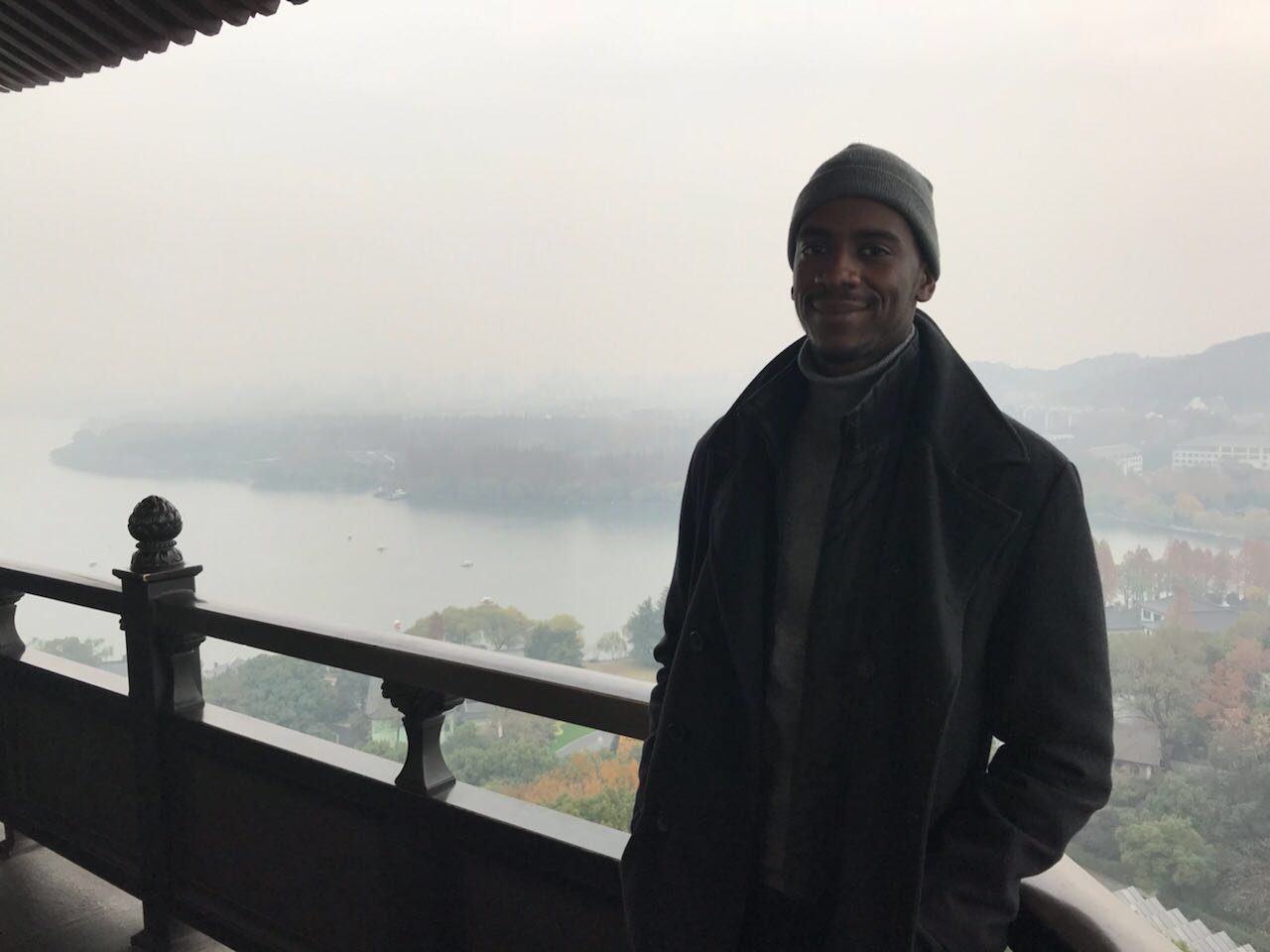 Trent: (…) You have to understand that this is a different culture. This is a different style of teaching. This is an English program within a Chinese university. You have professors who have received their degrees not only their PhDs from Chinese universities, but also institutions in the US and Europe as well. So, I would tell students before they come here to not expect the same traditional style of teaching in their home countries, because they won’t get that. If you come to Tsinghua only–especially if you’re a Master’s student or a Phd student, if you come to Tsinghua or any other institution in China, looking for only the academic aspects of it, you will not have a good time. You will be lacking that if you were to come here only for that. It has to be a balance of the two. I’ve come to learn that really quickly.

Gerrit: What do you want to do in the future after graduating from Tsinghua?

Trent: I plan on taking the foreign officer’s test next year, so I’m open to the– the big goal that I have in mind is a diplomat. That’s the big goal, but there are many little parts to get to or overcome before I actually get there. So, I’m hoping to pass the foreign officer’s test next year. When graduation comes, I’m hoping to be placed, maybe at an embassy here or back home in the US.

You can do it too! – Apply Now

Trent’s story has shown me that even though you might feel certain opportunities are beyond your reach, there is always a way that you can make your dreams come true.